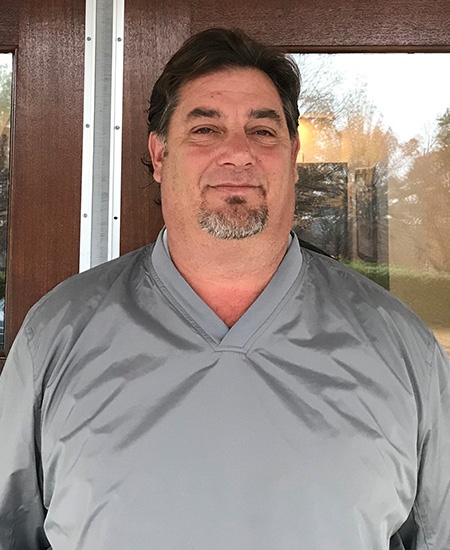 The son of a high school golf coach, Dino has been an avid golfer his entire life. He started working at Williams Country Club in Weirton, WV as a caddy at the age of 12. He moved to the maintenance crew at the age of 16.  Dino followed his passion for turf maintenance by obtaining a turf degree from Horry-Georgetown Technical College in Myrtle Beach, SC.

Dino started his turf maintenance career at Lakewood Country Club in Rockville, Maryland in 1993. He then moved to the Carolinas in the late 90’s as an assistant superintendent at both Charlotte National Golf Club and then the Ballantyne Country Club. Dino accepted the Superintendent position at Regent Park Golf Club in 2006 and remained there until 2012. He joined the Skybrook Team in February of 2017 as the superintendent and has been instrumental in the resurgence of Skybrook Golf Club as one of the premiere golf facilities in the region.